You are here: Home / Best Online Counseling Services / Body Dysmorphia Therapist Near Me Or Online

Are you overly concerned about your appearance? Do you never feel good about the way you look? You may be suffering from Body Dysmorphic Disorder (BDD), and you could likely benefit from speaking with the best body dysmorphia therapist near me. Therapists specializing in body dysmorphia can help you overcome this unique disorder.

Men and women can be equally affected by BDD. The disorder will mainly develop in early adulthood and the teenage stage. Most people have referred to BDD as imagined ugliness. The disorder is more common than bipolar disorder and schizophrenia, as it affects one to two percent of the population.

Why Find A Body Dysmorphia Therapist Near Me Or Online?

The disorder negatively affects how individuals function within the society, relationships, and the home set up as they have deep-rooted feelings of being physically unattractive most of the time. Individuals suffering from BDD live in constant fear of being humiliated and ridiculed because of their appearance. From what I have experienced, a significant percentage of individuals diagnosed with BDD also deal with obsessive-compulsive disorder and anxiety.

BDD does not go away on its own. Finding the best body dysmorphia therapist near you or online is the only way to overcome this disorder and to start living your best life.

Speak With A BDD Counselor Today
We may receive compensation if you sign up for online counseling services we recommend.

Check out our other post if this will be your first time talking to a therapist.

Studies conducted about Dysmorphic disorder have not come up with the exact cause of the disorder. However, according to many therapists specializing in body dysmorphia, there are theories as to why the disorder occurs. One such theory talks about there being a genetic basis for the disorder. The theory implies that the genetic basis of the disorder involves differences in the natural brain chemicals known as neurotransmitters since they are linked to the regulation of mood in an individual.

There may be differences in the brain structures in some areas where the brain may not be well developed. People that have a genetic predisposition to OCD as well will be more susceptible to BDD.

Most of the people I have seen suffering from a social anxiety disorder, bulimia, anorexia nervosa, compulsive overeating, and other eating disorders have an association with Body Dysmorphic Disorder.

Here are some of the things that you will notice in someone who has BDD:

How Is Body Dysmorphic Disorder Diagnosed

Most people diagnosed with body dysmorphic disorder have no noticeable defect. Still, they are critical of their self-image to an extreme point. Most individuals have similar and common body concerns in different parts of their bodies, such as their face, hair, scars, acne, and other issues.

Because of this, individuals suffering from body dysmorphic disorder go through cosmetic surgeries that are unnecessary to correct the defect they have or think they have. Even after going through the surgery, the results never satisfy them.

Common behaviors that people with BDD present are:

Other psychological issues that individuals with BDD are likely to face:

Individuals repetitively apply heavy make-up constantly and regularly look at their appearance in the mirror. Yet, BDD can remain undiagnosed for years. Why? Because most people with the disorder may feel embarrassed and may not want to talk about it. Also, there is not enough awareness in society that the disorder exists.

Most of the time, without treatment, BDD does not improve. The disorder can worsen with time and as an individual will view themselves as being less attractive as time goes by. This is why it’s important to find a body dysmorphia therapist near you or online.

A combination of cognitive-behavioral therapy, as well as medication under the supervision of a therapist specializing in body dysmorphia, can help treat Body Dysmorphic Disorder.

The main focus of cognitive behavioral therapy when it comes to BDD is:

The food and drug administration does not have medication that is particularly approved to treat BDD. However, because of the theory that BDD is partially caused by problems related to brain chemical serotonin, Selective serotonin reuptake inhibitors can be administered. In other cases, depending on the symptoms an individual presents, they will as well benefit from taking other medication in addition to SSRIs.

How To Find A Body Dysmorphia Therapist Near Me Or Online

As I mentioned earlier, BDD does not go away on its own. If you want to overcome this issue, you will need to consult with a therapist specializing in body dysmorphia. Depending upon where you live, it may be quite a challenge to find a body dysmorphia therapist near you.

I have recommended several people with BDD to try online body dysmorphia counseling and they each had success with their therapist. Online counseling for BDD may not be right for everybody, but it is certainly worth looking into. Plus, it’s easy to get started. Just click the button below, take a few minutes answering some questions, and shortly after an online therapist specialized in BDD will contact you.

I recommend not putting it off getting help any longer. There is no reason to continue to struggle with BDD, as it is often highly treatable.

Speak With A BDD Counselor Today
We may receive compensation if you sign up for online counseling services we recommend. 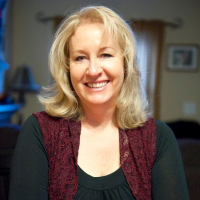